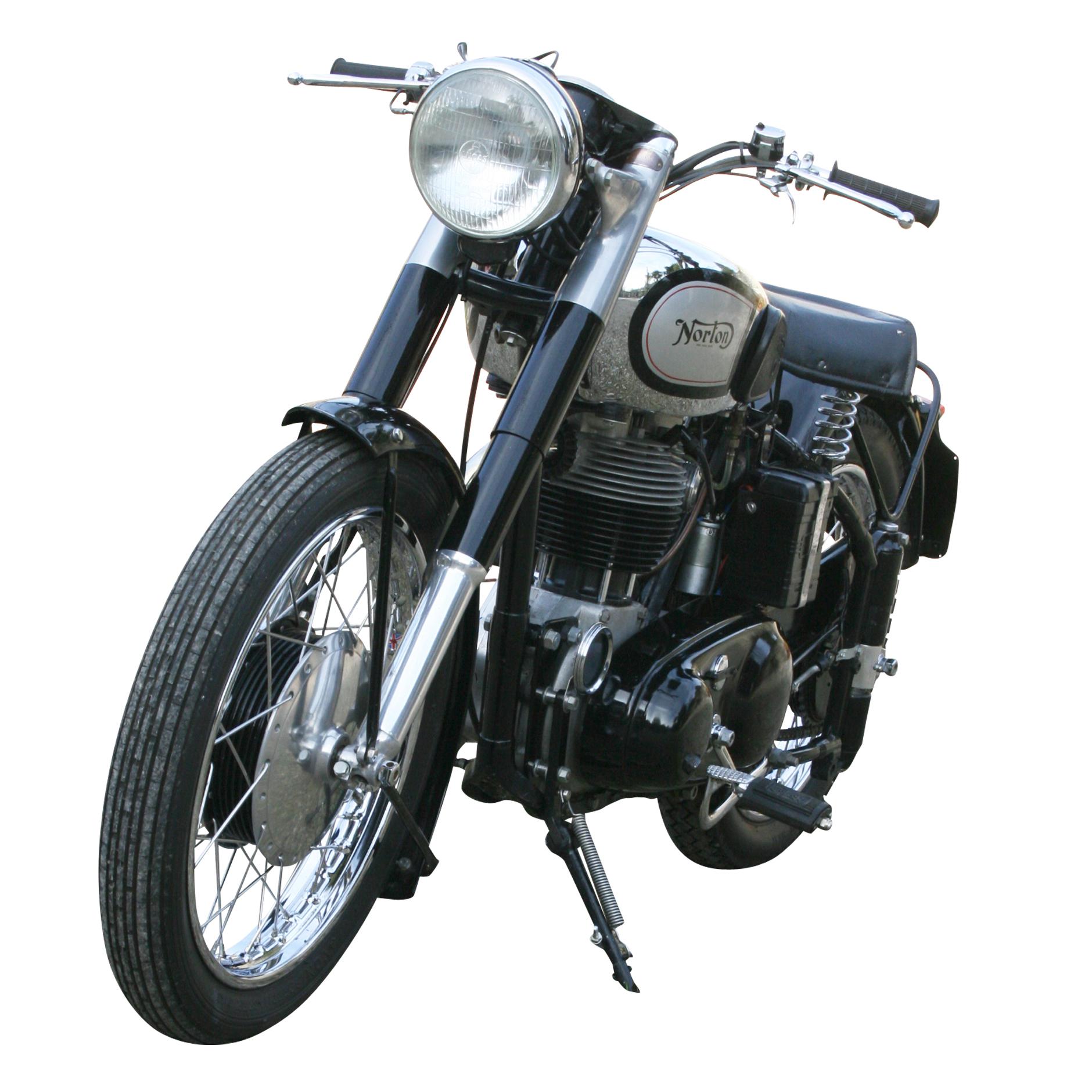 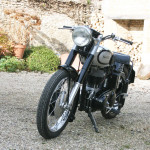 Norton ES2 Motorcycle.
This wonderful classic British motorcycle, Norton ES2, has a 500cc engine and is in good running order. The Norton ES2 was built in several versions during a production run lasting from 1927 until 1963, although the 'ES2' name lived on until 1966, in its latter years referring to AMC's Matchless G80, suitably re-badged as a Norton.
This ES2 is with an age related number 'VXS 132'. It was registered in October 2016, but manufactured in 1951. The bike has been upgraded with a 1959 engine, 500cc and is offered with DVLA paperwork and V5C registration document. The frame number is F4 36601 whilst the engine number is 81713 P4.


Adapted from 'The illustrated History of NORTON Motorcycles' by Roy Bacon.

Norton is one of the best names in British motorcycling history. The marquee was founded by James Lansdowne Norton in Edwardian times. Originally apprenticed as a toolmaker he started supplying fittings for cycle and motorcycle business's in 1898. In 1902 he used a Charles Riley Garrard imported engine bolted to a reinforced bicycle frame to create the first 'Norton'. Norton's main business was still the supply of cycle and motorcycle fittings but by 1906, although minimal, a range of Norton's existed. Norton's fortunes changed in 1907 when Rem Fowler won the Multi-Cylinder Race at the first Touring Trophy (TT) using a Norton powered by a Peugeot engine. With this success Norton continued his design work which resulted in the first Norton engine and three models. Norton was himself still competing and rode in the 1909, 1910 and 1911 TT's. He was so concentrated on the technical side of things that the financial side of the company was ignored. This resulted in Norton being bought out by R.T. Shelley, but being kept on as joint managing director. With the firm now in a strong financial state, progress could be made. Success in the TT races eluded Norton for many years but in1912 they started to make their name at Brooklands. In 1913 O'Donavan began using Nortons to set world records at the track; this resulted in the Brooklands Special model (BS). In addition to the BS there was also the BRS (Brooklands Road Special) fitted with mudguards and other road equipment.
When WWI came Norton was able to continue normal production as it was such a small company it was not needed to supply to the services. After the war Norton's production line was much the same as before but was now a more influential motorcycle manufacturer.
In the 1920's Norton moved to Bracebridge Street, Birmingham, and was destined to become famous around the world. In 1922 the first ohv (overhead-valve) Norton appeared at Brooklands, later winning at the Ulster Grand Prix. In 1923 Norton had two second places at the TT races and won the prestigious 'Maudes Trophy' in the first of these tests of stock machines. Next year more success came with two TT wins, success in several important European races, and winning the 'Maudes Trophy' for the second time. In April 1925, aged 56, James Norton died although his name continued to appear on the bikes.
The 1930's was Norton's time dominating the racing scene for most of that decade. Success came in the classic races with Tim Hunt, Stanley Woods, Jimmy Simpson, Jimmy Guthrie, Wal Handley, Crasher White, Walter Rusk, Freddie Firth and Harold Daniell.
When WWII came Norton produced large quantities of its bikes for the war effort, over 100,000 being built. After the war Norton went back to building civilian motorcycles. In 1946 a few racing machines were produced, built solely for competition and sold as Manx Nortons, the famous name was finally in use.
In 1953 Norton was taken over by Associated Motor Cycles (AMC).
By the mid 50's, in the major races, it was the Italian machines that now dominated, but Nortons made up the bulk of the entries. Without them the racing scene would have been very different. Competitors owed a great debt to this relatively small firm that provided so much machinery that was so exciting and competitive.
In 1962 Norton closed the Bracebridge Street factory and moved to the AMC works at Plumstead.

NOTE: Shipping price P.O.A. Shipping subject to quotation and will be charged separately.