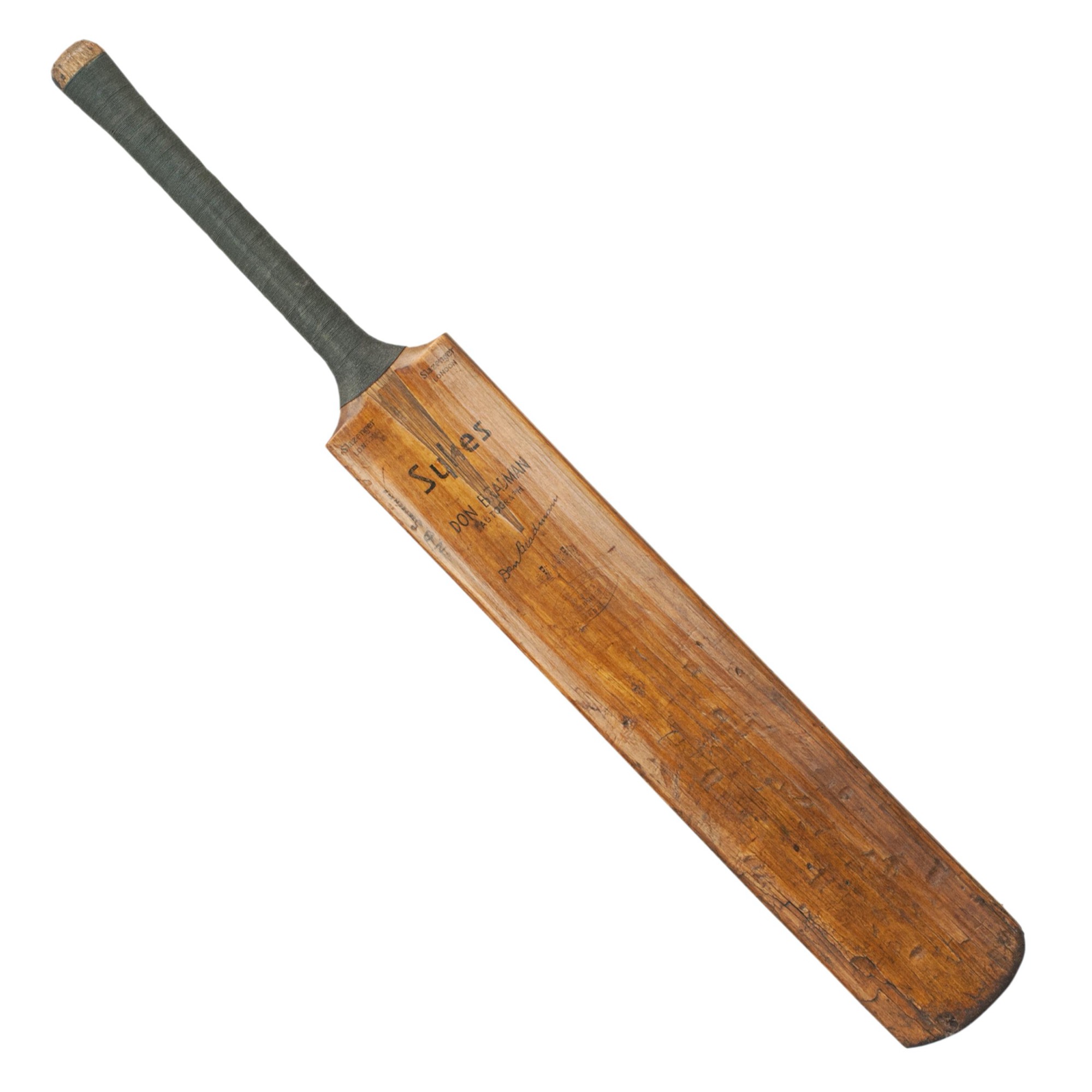 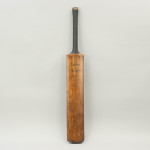 Sykes, Bradman Cricket Bat.
A fine Sykes 'Don Bradman' autograph cricket bat. The blade is clean and in good condition with a cord strung grip and triple sprung handle. The shoulders are embossed "Slazenger" London, the blade with a facsimile autograph of Don Bradman, and the words 'Sykes, Don Bradman Autograph'. The bat is in good condition with some ball marks to the front and a repaired split to the blade. The stamp of the retailers "Robson & Cooper", Sports Requisites, York, is on the front of the bat, as is the name of the original owner 'N.B. Stephenson'.

William Sykes was about 23 when he started a saddlers business in Horbury with his new wife in 1870. The business was very successful and after a few years Sykes added footballs to the other leather goods he was producing. Sykes further expanded by selling cricket bats, later manufacturing them himself. Sykes managed to get Sir Donald Bradman (considered the greatest batsman to have played the game) to endorse his bats. Sykes's two sons later joined the business creating Wm. Sykes & Sons. Around 1940 because of the Second World War, Sykes merged with other sporting manufactures to help in the war effort. During heavy bombing in London the Slazenger factory, along with the Gradidge factory was damaged. The two manufacture's managed to continue production at other plants but the big four (Slazenger, Sykes, Gradidge and Ayres) decided to combine their resources. After the war they all stayed together and the company known as 'Slazengers Sykes Gradidge and Ayres' was created, in its heyday they operated across the world.

In good, used condition. The blade has had a crack repaired, see images.