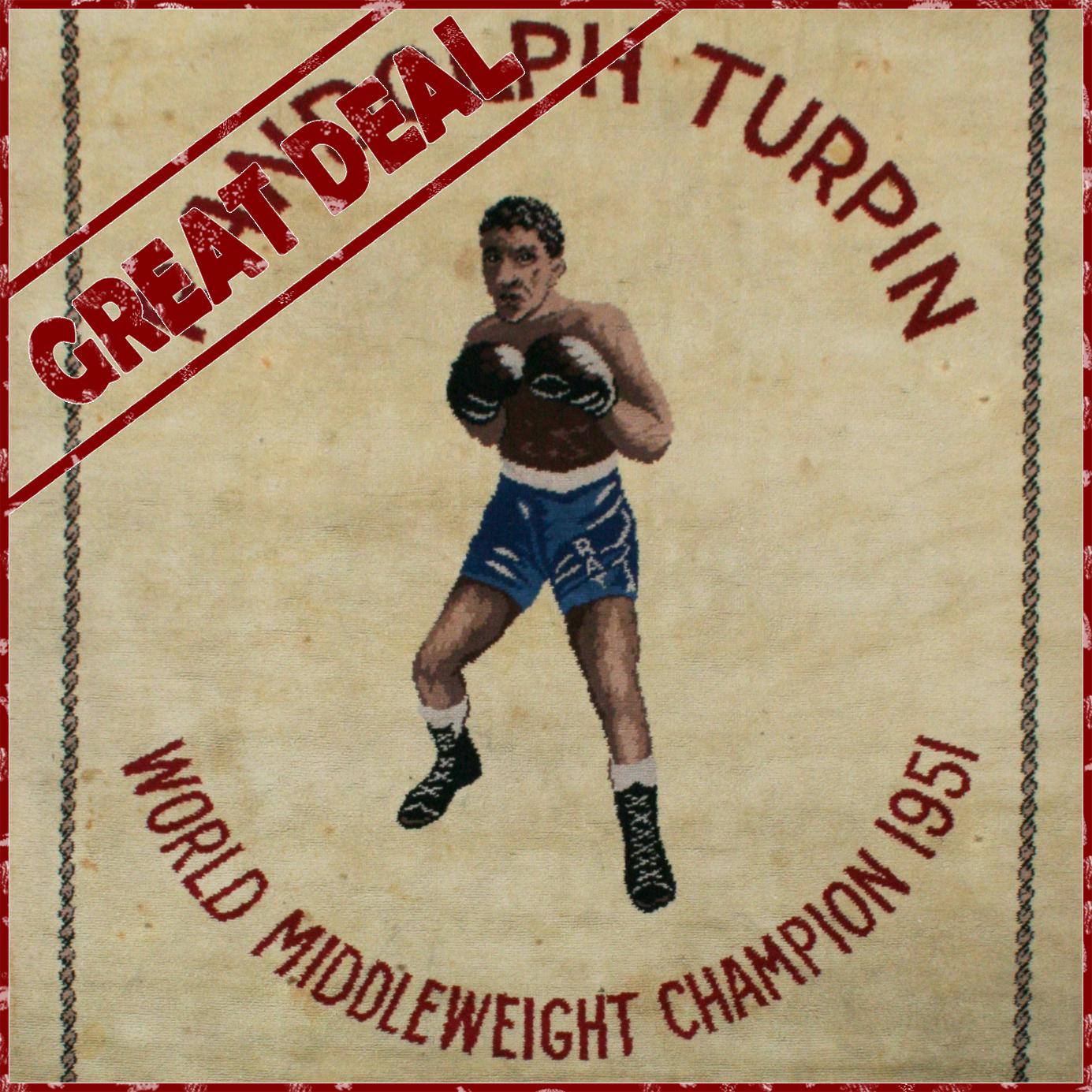 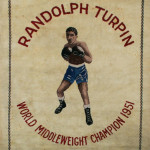 Randolph Turpin Carpet.
A wonderful impressive carpet made for the British boxer Randolph Turpin (nick named 'The Leamington Licker'). The carpet measuring nearly 3 meters by 4 meters was made by a life long friend, Mr Dennis Quayle, and would make a remarkable wall hanging. Quayle owned a high quality furniture store in Birmingham and supplied amongst other furnishings, high quality hand made carpets. Following Turpin's triumph over Sugar Ray Robinson to win the world title in 1951, Mr Quayle had the carpet made as a gift for Turpin. Later in Turpin's life when in trouble, Quayle bought back the carpet in order to help him financially, with the carpet remaining in the Quayle family ever since.

Randolph Turpin is one of Britain's greatest sportsmen who plied his trade with courage, honour and skill and gave Britain one of its best nights in a boxing ring. As a 33-1 underdog Turpin humbled the greatest fighter the world had seen, Sugar Ray Robinson, at Earls Court in London to become Middleweight Champion of the World. Sugar Ray was at his peak and the fight was the culmination of the flamboyant champion's famous tour of Europe. Unable to cope with Turpin's long reach and unusual wide stance the American struggled to land punches and Turpin's strength inside was too much and he took the win on points after 15 rounds. He would lose the belt in a rematch 64 days later but Turpin's achievement is a remarkable one which crowns a distinguished boxing career, he was later inducted into the International Boxing Hall Of Fame in 2001.


Randolph Adolphus Turpin was born in Leamington Spa, Warwickshire, on the 7th June 1928 and was a Black English boxer who was considered by some to be Europe's best middleweight boxer of the 1940's and 1950's. Turpin turned professional in London in 1946, soon after his 18th birthday, and was trained by his elder brother Dick, who himself was a successful middleweight. Randolph Turpin's life ended in extraordinary tragedy but his achievements in the ring will be talked about for as long as people are interested in the sport. A statue of Randolph Turpin was proudly erected in the Market Square in Warwick to honour his life.