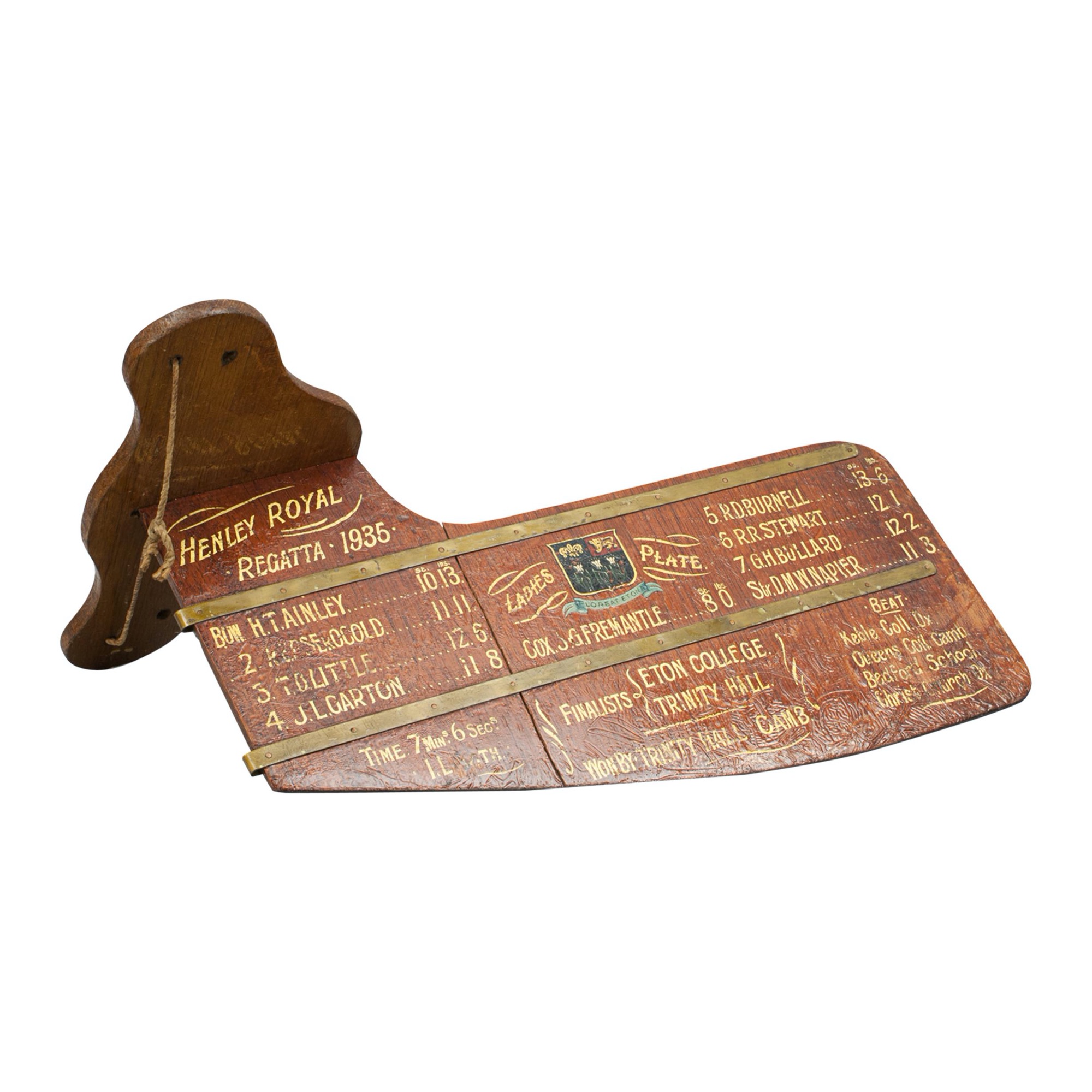 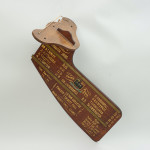 Eton College Presentation Rowing Rudder, Henley Royal Regatta.
An original presentation trophy rudder 'Henley Royal Regatta' with gold calligraphy and college insignia. This is the former property of J.G. Fremantle of Balliol College who was the cox. The college crest is of Eton College showing three lily-flowers, a single fleur-de-lys and a lion with the motto 'FLOREAT ETONA' (May Eton Flourish). We also have a second rudder of Fremantle's, Balliol College 1st Eight 1936, and would make a great companion.

Henley Royal Regatta is an annual rowing event in Oxfordshire held on the River Thames. It is held over the first week in July and last for 5 days. The races are head to head knock out competitions attracting local, national and international teams and one particular challenge is the 'Thames Challenge Cup', a rowing event for men's eights.

The Ladies' Plate (The Ladies' Challenge Plate) is one of the events held at Henley and was first competed for in 1845 and initially known as the New Challenge Cup. The following year, it became the Ladies' Challenge Plate, and has been competed for every year since, except for years which were affected by the two World Wars. Crews of eight's below the standard of the Grand Challenge Cup can enter, although international standard heavyweight crews are not permitted to row in the Ladies' Plate. Until 1966, the Ladies' Plate was originally for academic institutions in the United Kingdom, and Trinity College Dublin, but in 1967, the entry requirements were relaxed.

Any crew which records four consecutive bumps is said to have 'gained their oars'. The prize being a full-size oar decorated with the names of the full crew in gold lettering on the college colours for each rower. The cox is given a decorated rudder and the coach receives a decorated wooden shield with a mock-up of the bow end of a boat.

Calligraphy in pretty good over all condition, slight rubbing in places. There is a shrinkage crack down the rudder.