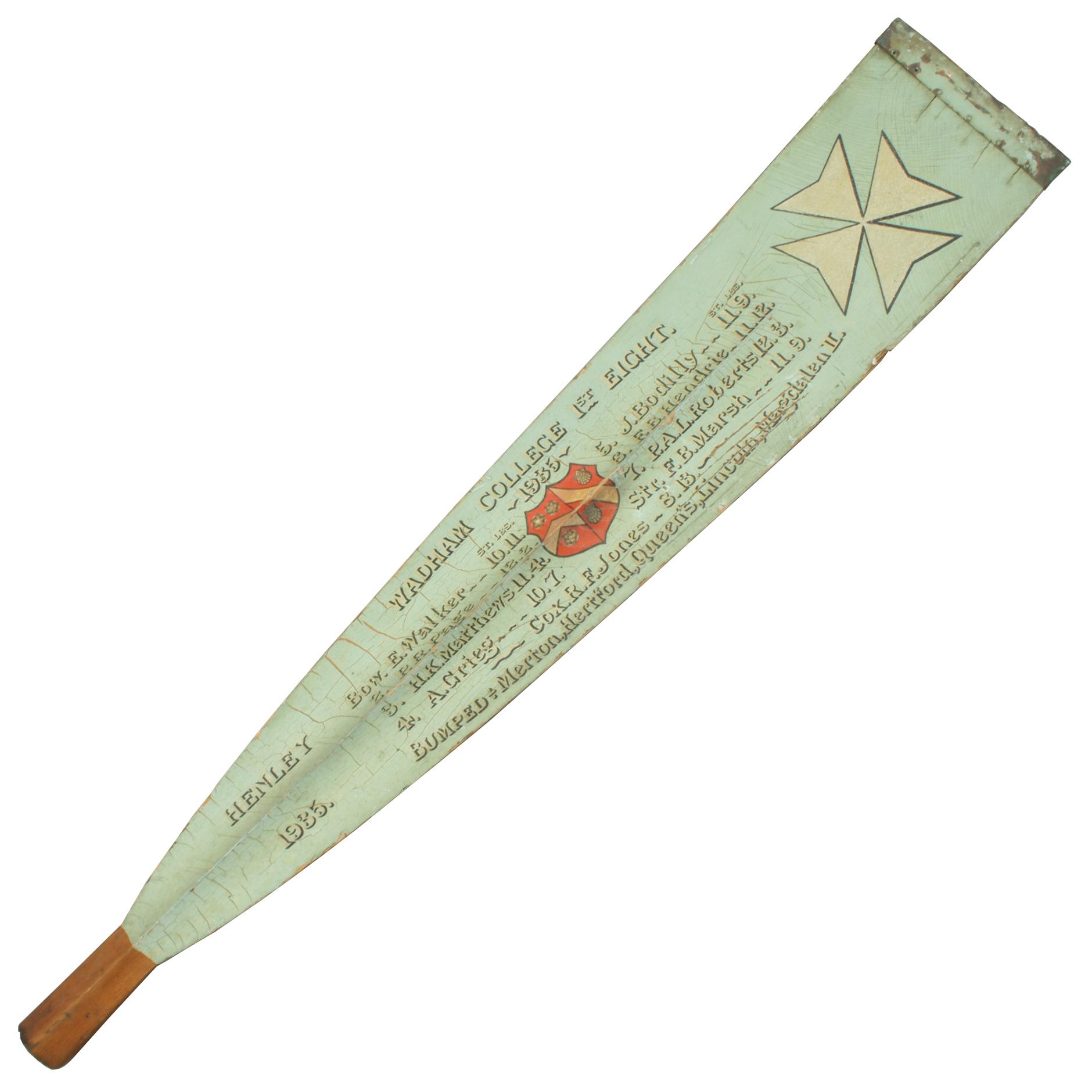 Henley Presentation Oar, Trophy Blade, 1935.
The oar is an original traditional Wadham College (Oxford University) presentation rowing oar tip with gilt calligraphy and college insignia. The writing on the trophy blade is in good condition with a little crackling in the paint.

Wadham College was founded in 1610 in the reign of King James I by Nicholas and Dorothy Wadham. Nicholas Wadham, a member of an ancient Somerset family, died in 1609 leaving his fortune to endow a college at Oxford. The hard work of translating intentions into reality fell on his widow, Dorothy, a formidable woman of 75. She fought all the claims of Nicholas's relations, lobbied at court, negotiated the purchase of a site and drew up the college statutes. She appointed the first Warden, Fellows and Scholars, as well as the college cook, to such effect that the college was ready for opening within four years of Nicholas's death. She added considerably to the endowment from her own resources, and kept tight control of its affairs until her death in 1618, although she never actually visited Oxford from her home in Devon.

A well-known Wadhamite is the all-round sportsman C B Fry (1872-1956). Charles Burgess Fry is best remembered for his career as a cricketer, but his other achievements on the sporting field included representing England at both cricket and football and an FA Cup Final appearance for Southampton F.C.