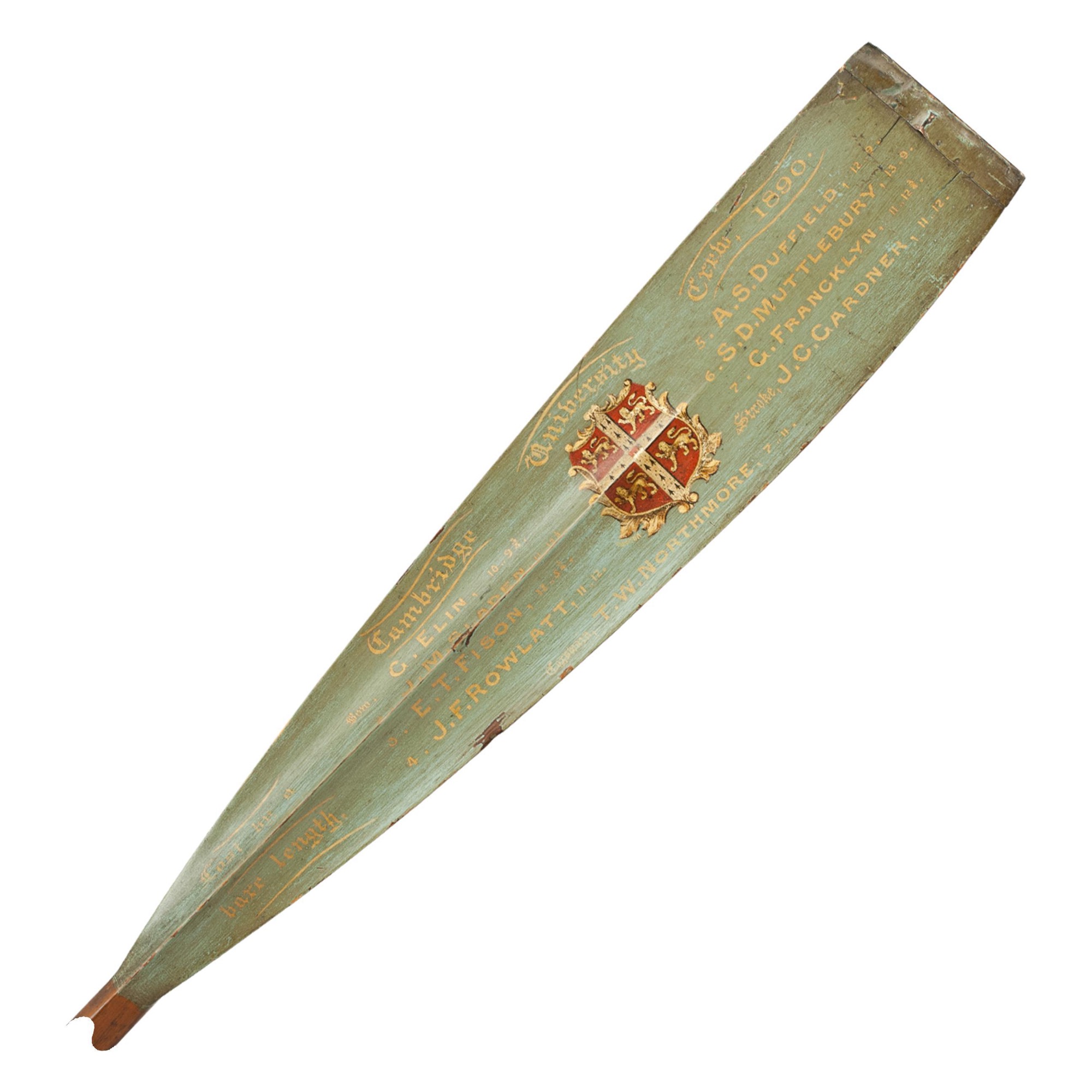 The umpire for the race for the second year in a row was Frank Willan who won the event four consecutive times, rowing for Oxford in the 1866, 1867, 1868 and 1869 races. Oxford won, they passed the finishing post one length ahead of Cambridge in a time of 22 minutes 3 seconds.
Mr. Muttlebury came up again as president, to row for the fifth year in succession, and for a time it was thought that he alone would rank as the only oarsman in the crew with any experience of the tideway. However, at the eleventh hour Mr. J. C. Gardner came up to relieve the President of his difficulty in finding a suitable stroke. On arriving at Putney they were by no means a bad crew, and were powerful but rather short, whilst their watermanship was not as good as it might have been, especially in rough water.
Cambridge, who started slight favourites, more from the prestige of Mr. Muttlebury and their four consecutive wins than from any superiority in practice over Oxford, won the toss and chose the Surrey shore. There was a strong west wind blowing, which gave the Surrey shore considerable advantage from Hammersmith Bridge to the finish. Cambridge got off at the faster rate, rowing 40 to Oxford's 38, and soon gained a slight lead. At Craven Steps they were a quarter of a length up, but Oxford hung on to them with the greatest tenacity, and at the Crab Tree the positions of the boats were exactly the same. Off Harrod's, where the bend began to tell in their favour, they went up very slowly, though not by so much as the actual advantage of the station. Shooting Hammersmith Bridge, they were half a length ahead, and then with Oxford coming into the rougher stuff and with the corner still against them, they went ahead more rapidly. They reached their greatest lead at the Doves, where they were practically clear. As soon as they both straightened into Chiswick Reach they found the wind dead ahead, so that Cambridge did not get quite so much shelter from their station, and Oxford crept up stroke by stroke, still rowing at the slower rate. At Chiswick Steps they were dead level. The race was magnificent to the crossing, but the Oxford, having the windward shore, began to go up fast. Before Barnes Bridge they were almost clear, but Cambridge did not allow them to ease off, and they were unable to add to this lead, in spite of the station, finally winning by a length in 22.3. Oxford undoubtedly won the race by means of their superior swing and cleaner finish when rowing against the head wind during the last half of the race.

The race report and team photo taken from 'Fifty Years Of Sport, Oxford and Cambridge' book arranged by The Right Hon, Lord Desborough of Taplow and edited by A.C.M. Croome.

This oar can be cut down by the leather sleeve and collar to make shipping easier. It would then be pegged with reassembly by means of a threaded rod with nuts and washers, see images of an oar we previously cut down.

From a descendant of E T Fison, later Dr Fison.