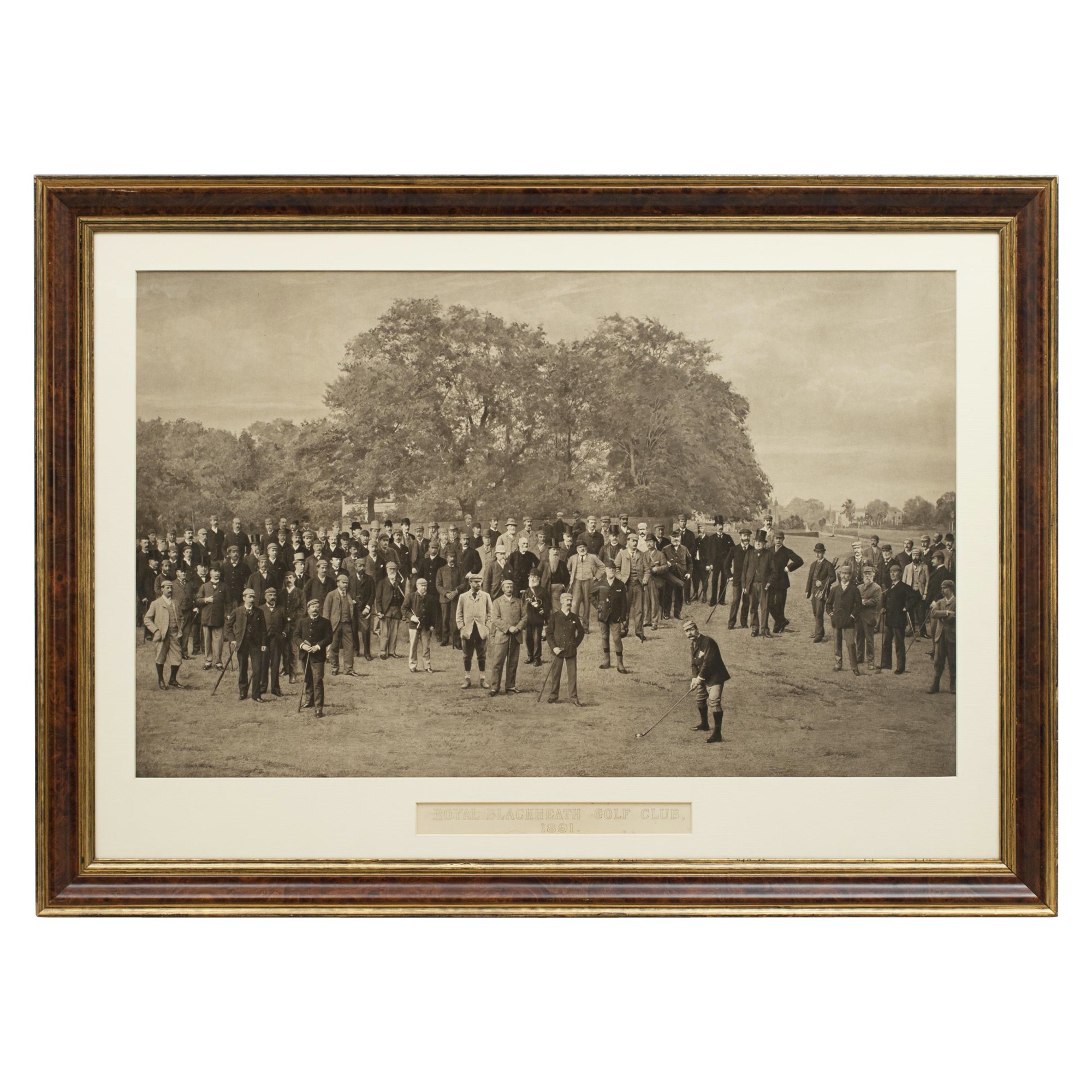 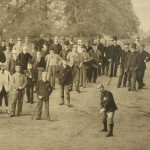 Royal Blackheath Golf Club 1891 by Barrauds Ltd.
A great image of the members of the 'Royal Blackheath Golf Club' from 1891. The figures are all photographs superimposed onto a painted background of the course. In the margin is printed 'Permanent Photo, Photographed & Published by Barrauds Ltd., 263 Oxford Street, London and 92 Bold Street, Liverpool'. The image appears very much photographic but is more of a photomechanical print rather than a photograph.

Herbert Rose Barraud (24 August 1845 - 1896) was a noted portrait photographer who had studios in London and Liverpool. He produced cabinet photographs of many famous Victorian statesmen, artists, and members of the aristocracy, many of which were published in his two-volume work, Men and Women of the Day, 1888-89.

Antique Golf Pictures, The Drive Off, In a Bunker