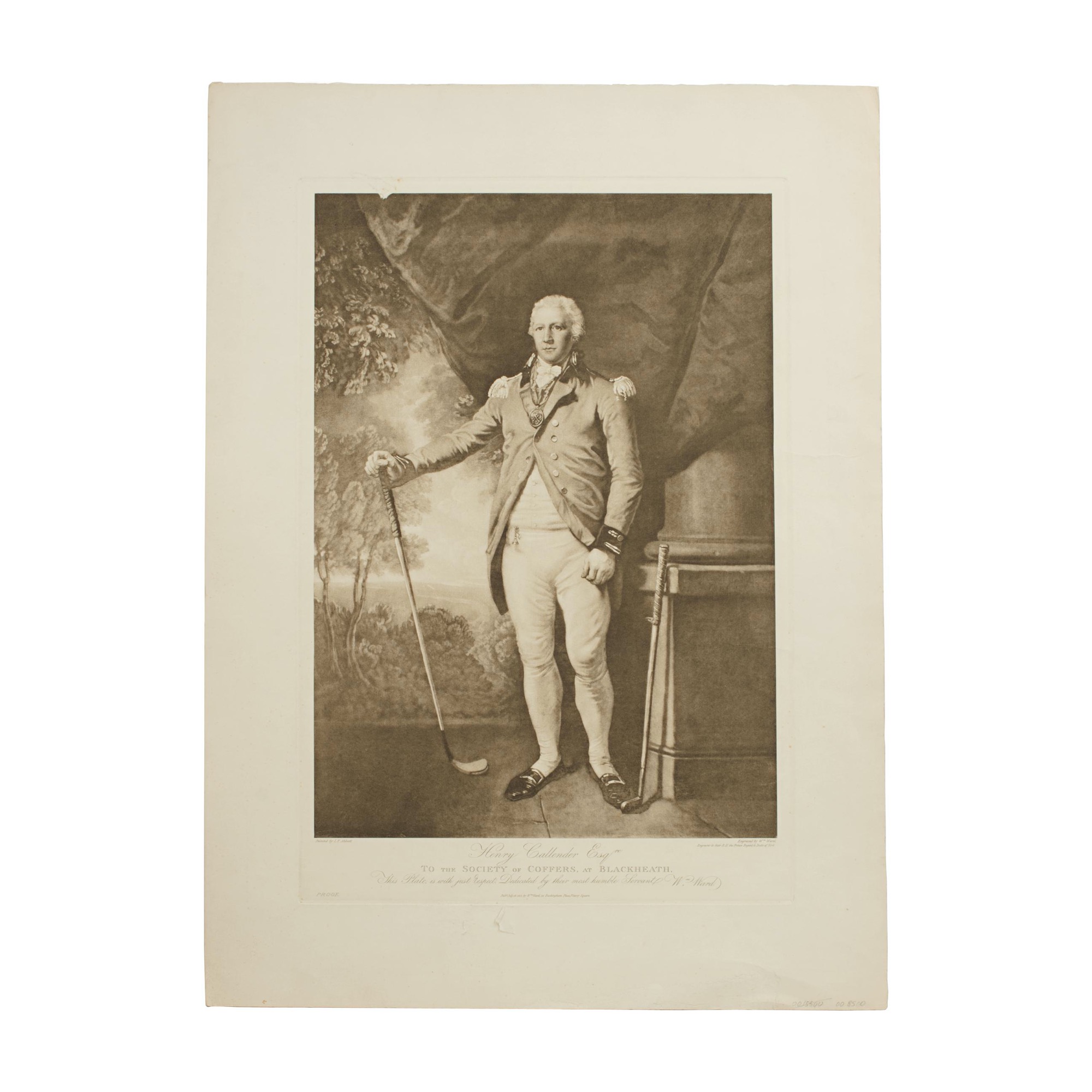 Golf photographic reproduction of 'Henry Callender Esq.' (Captain of the Society of Golfers at Blackheath). Engraved by William Ward, engraver to their R.H.the Prince Regent and Duke of York. From an original painting by L.F.Abbott.'TO THE SOCIETY OF COFFERS AT BLACKHEATH, The plate, is with just respect Dedicated to their most humble servant W.Ward.'
Published July 16.1812 by Wm Ward, 24 Buckingham place, Fitzroy Square. In the left hand corner at the bottom is the word 'PROOF'.
Image size: 21 1/4 inches high, 14 3/4 inches wide.