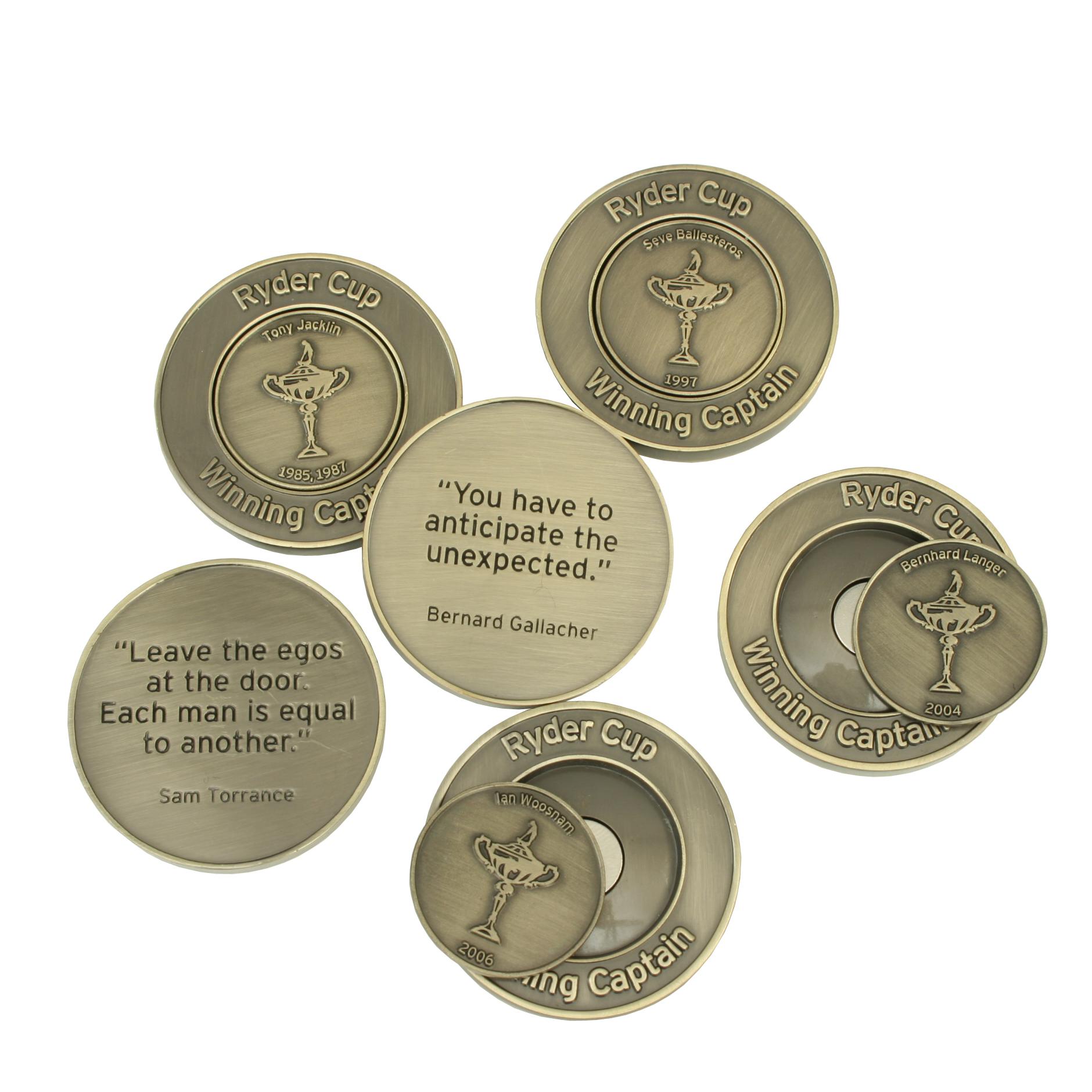 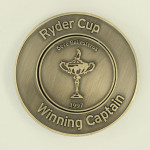 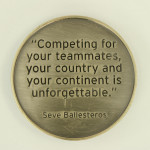 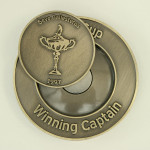 Ryder Cup Captains Golf Ball Duo Markers.
A boxed set of eight, two sided, oversized 2-in-1 golf ball markers. The brushed bronze medals are in the original box, on the lid 'Europe's Winning Ryder Cup Captains, A bespoke collection presented by, EY, Official Partner of the 2014 Ryder Cup'. The ball markers are set into individual compartments in the foam base of the box. Each marker is 1 ½ inches in diameter and comes with a removable smaller inset marker, 1 inch diameter, held in place with a strong magnet. They each carry the name of the winning European captain from 1985 – 2012, the captains being:- Tony Jacklin, Bernard Gallacher, Seve Ballesteros, Sam Torrance, Bernhard Langer, Ian Woosnam, Colin Montgomerie and Josè Maria Olazàbal. The main marker has embossed around the outer rim 'Ryder Cup Winning Captain', the rear has the name of the captain and his brief motivational comment on the Ryder Cup. The removable marker has an embossed image of the Ryder Cup and the name of the winning captain and the year of his victory. On the inside of the lid is a brief paragraph from Paul McGinley, Europe's winning Captain 2014 :- I've learned so much from all the Captains I've played under or served as a Vice-Captain. Together, they represent a who's who of European golf. I'd like to think that I've picked up something from each of them and I intend to stay close to the template that has proven so successful in recent times. As Captain, I will take a little bit from everybody who has gone before me and draw on my own instincts.
The other captains words are,

Tony Jacklin:- To succeed at anything, first you need to think that you can succeed.

Bernard Gallacher:- You have to anticipate the unexpected.

Seve Ballesteros:- Competing for your teammates, your country and your continent is unforgettable.

Sam Torrance:- Leave the egos at the door. Each man is equal to another.

Bernhard Langer:- Tiny details add up. They make a difference.

Ian Woosnam:- You have to make sure that anybody can approach you for advice or voice any concerns.

Colin Montgomerie:- Everybody around the players needs to feel that they are part of the team.

Josè Maria Olazàbal:- You cannot give in. You have to keep fighting to the end.