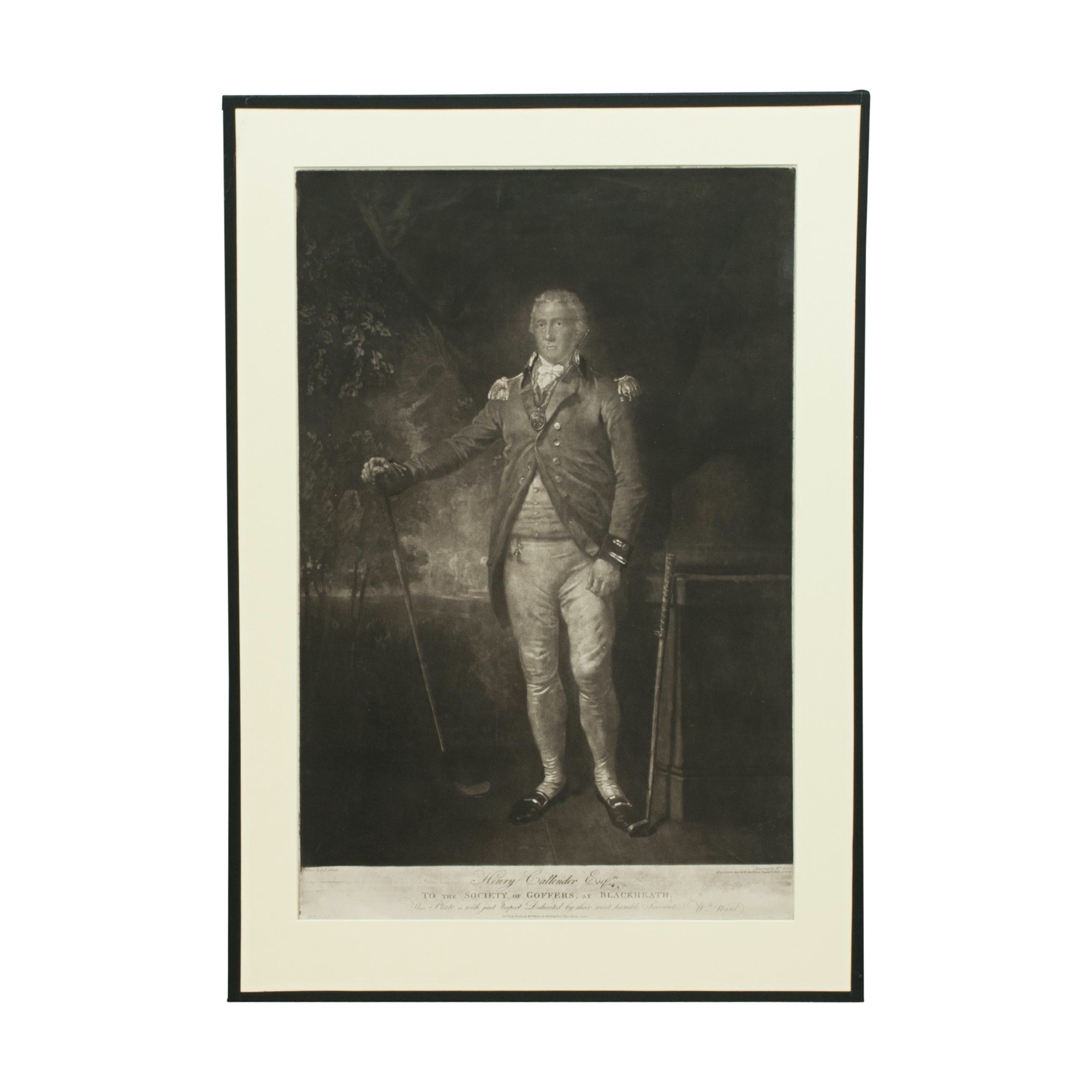 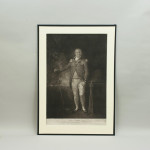 Golf Picture, Henry Callender ESQ.
Golf mezzotint of 'Henry Callender Esq' (Captain of the society of Golfers at Blackheath) after Lemuel Francis Abbott (1760 - 1803). Henry Callendar is shown wearing the Field Marshall's uniform of the Blackheath Society of Golfers and is holding a long nose golf club. Engraved by William Ward, engraver to their R.H.the Prince Regent and Duke of York. From an original painting by L.F.Abbott.'TO THE SOCIETY OF GOFFERS AT BLACKHEATH, This plate, is with just respect, Dedicated by their most humble servant W.Ward.'
Published July 16.1812 by Wm Ward, 24 Buckingham place, Fitzroy Square. In the left hand corner at the bottom it is marked 'PROOF'. Newly mounted with perspex front, the surround is black fabric tape.