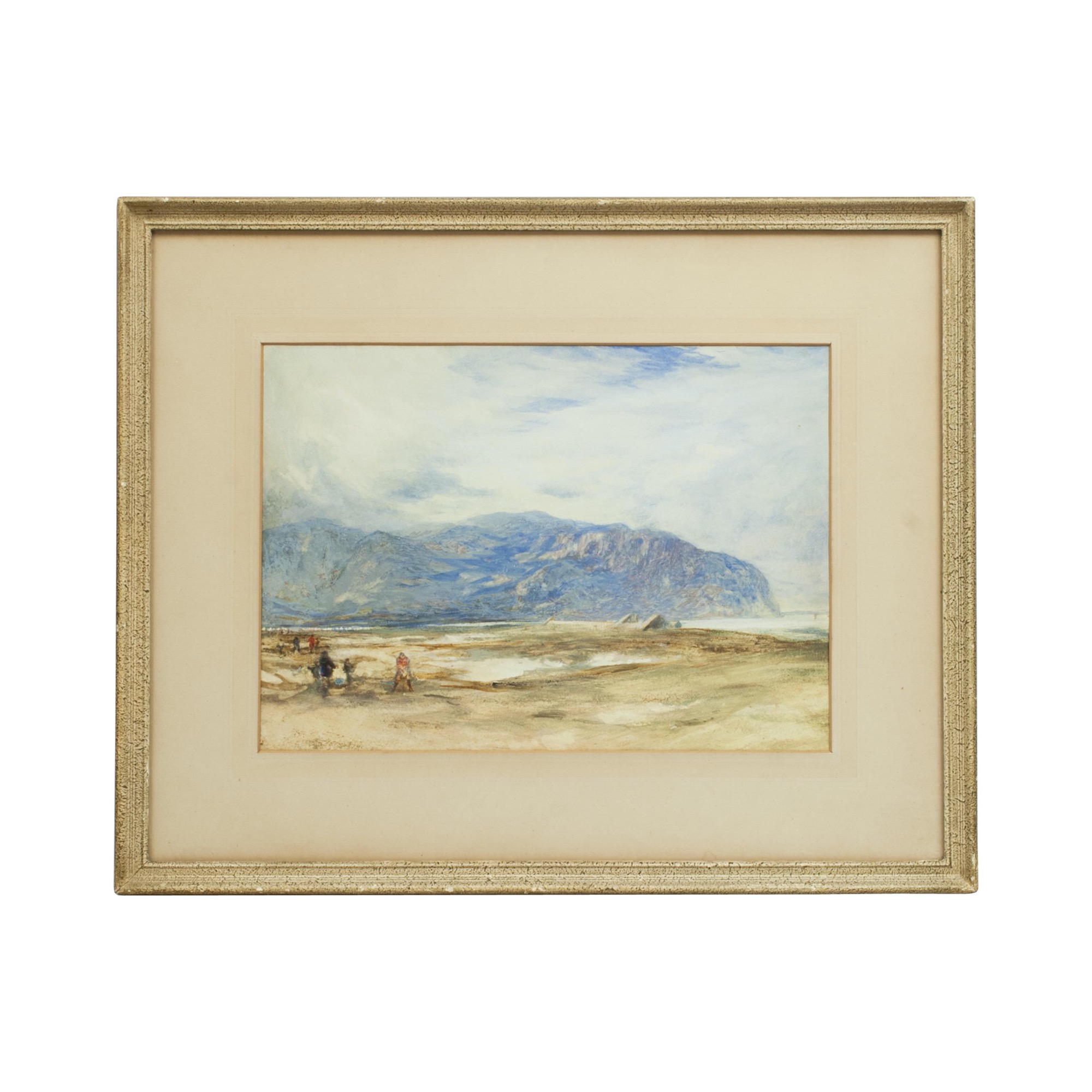 "Without perhaps knowing it, golfers have seen more of the links of Conwy, which lies on the Morfa Peninsula than they may think, for the walls of many clubhouses carry old paintings of the old course without, for some reason, identifying the subject"
So wrote Donald Steel as his introduction to Conwy (Caernarvonshire) Golf Club in his 1992 book "Classic Golf Links of Great Britain and Ireland" He was, of course, referring to "The Drive", The Difficult Bunker" and "Putting Green" painted by the Victorian Artist Douglas Adams (1853 - 1920) who visited the club on 3rd September, 1893.
The paintings, either individually or collectively, are displayed in golf clubhouses throughout the world. Many golf clubs have sought to create and capture a traditional golf club atmosphere, and have often achieved that by use of these historic prints adorning their walls. Two of the paintings are exhibited in the Golf Hall of Fame in St. Augustine in Florida - the one advertised by Gary Player on TV.
Conwy is the course depicted in the paintings, and they are neither the works of imagination nor those of a relatively unknown Scottish golf course as many believe.
The Drive
"The Drive" is probably the most well-known painting of the three; often the only one exhibited, and is currently used on the front of the Club scorecard. The location is in the vicinity of the existing 3rd fairway, and shows the mouth of the River Conwy in the middle distance, and the characteristic outline of The Great Orme beyond.
Many observers originally suggested that this painting has been reversed and shows the Penmaenbach hills in the distance but, as can be clearly seen from the comparison, it is the right way round with the Conwy River and Great Orme beyond.
A Difficult Bunker
The background of "A Difficult Bunker" shows the characteristic outline of the hills to the south of the course, generally part of the northern Carneddau range and forming the northern extremity of the Snowdonia range. The site of "A Difficult Bunker" is therefore at the western edge of the course in the region of the 12th and 13th holes, looking in a westerly direction, with the Isle of Anglesey in the background.
In the mid-distance of the painting can be seen "The Ship" public house, which stood until it was demolished mid 1980's to make way for the A55 Expressway.
Putting Green
Until the last 30 years, the location of the "Putting Green" could be seen to the north of the clubhouse looking out towards The Beacons and the River Conwy. However, the marina and associated housing built following the building of the A55 Expressway now occupy the inlet seen in the painting, and it is now difficult to re-create the site precisely.
However, the background is clear. The Great Orme to the left of the picture dominates the emerging resort of Llandudno, whilst the slightly rising ground occupied by Deganwy can be seen on the right edge of the painting.

Cricket Lithograph, Cricketing (The Pavillion At The Lord's Cricket Ground)